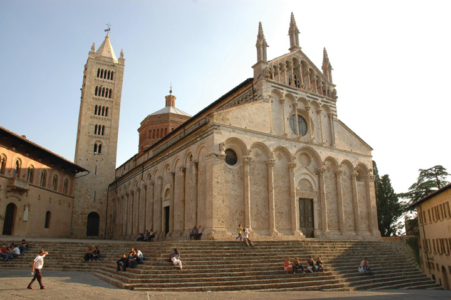 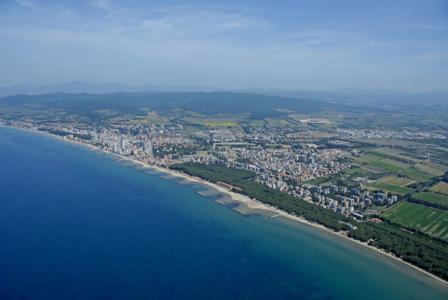 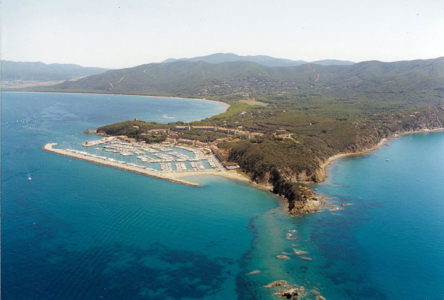 Massa Marittima (awarded a “Bandiera Arancione”, the Orange Flag awarded by the Italian Touring Club for excellence in tourism, hospitality and environment)

Massa Marittima, only 10 km away, is an extraordinary example of a medieval town, with its cathedral surrounded by ancient buildings made of travertine in a harmonious, balanced whole. Visitors walking the streets and lanes of the old town centre experience the atmosphere of the Middle Ages. Countless advertisements have been filmed in the town’s beautiful, unusual piazza. The many artworks in the Cathedral of San Cerbone include Duccio di Buoninsegna’s Mother and Child, famous for its soft lines and refined colours.

Don’t miss the Museum of Sacred Art for a chance to admire not only the capitals, bas-reliefs, ceramics and altarpieces that tell the story of the local community but the splendid Maestà di Massa Marittima, painted in tempera and gold by Ambrogio Lorenzetti.

The Mining Museum set up in 700 metres of old mining tunnels near the historic town centre is a fascinating experience, reproducing the details of a mine and demonstrating the importance of mining for the local community. Let the museum take you on a voyage of discovery of the traditional mining techniques, the minerals and the tools used by the miners in their everyday work.

The streets of Massa Marittima are packed with shops, wine bars and crafts workshops offering unique items made of glass, wood, fabric, metal and ceramics.

Twice a year, at the end of May and in the middle of August, Massa Marittima is home to the “Balestro del Girifalco”, a crossbow competition (reproducing the crossbows used in the 15th century) in which 24 archers represent the 3 districts into which the city is traditionally divided. The competition begins with a parade of more than 150 people in medieval costume and flag-throwers who masterfully launch their colourful flags into flight.

Il Lake Accesa is right below our farm holiday establishment (a 5 minute walk), reflecting the blue sky and the green forest, the olive groves and the vineyards that surround it. It is a popular lake, not only for swimming in summer but for the adjacent archaeological site, an ancient Etruscan settlement. In 2014 the lake was awarded 5 sails in the Legambiente and Touring Club Blue Guide for its ability to “offer a top-rate dream vacation, thanks to sustainable management of an area of outstanding beauty, protection of the landscape, services offered with complete respect for the environment and top quality food and wine”.

The Park restores, preserves and presents the environmental, historic, cultural and scientific heritage represented by the Colline Metallifere, a mining district for three thousand years. Visitors can choose among a number of itineraries tracing the evolution of mining from the Etruscan age to the present day through multimedia exhibits, instructional walks, galleries and laboratories.

A beautiful landscape of white and red rock interrupted by steam and boiling pools of mud. It’s like Dante’s Inferno! A truly unique experience amid fantastic colours and the scent of sulphur, both educational and enjoyable.

From Poggio Corbello you can also visit: