The Abbey of San Galgano, a wonder not to be missed 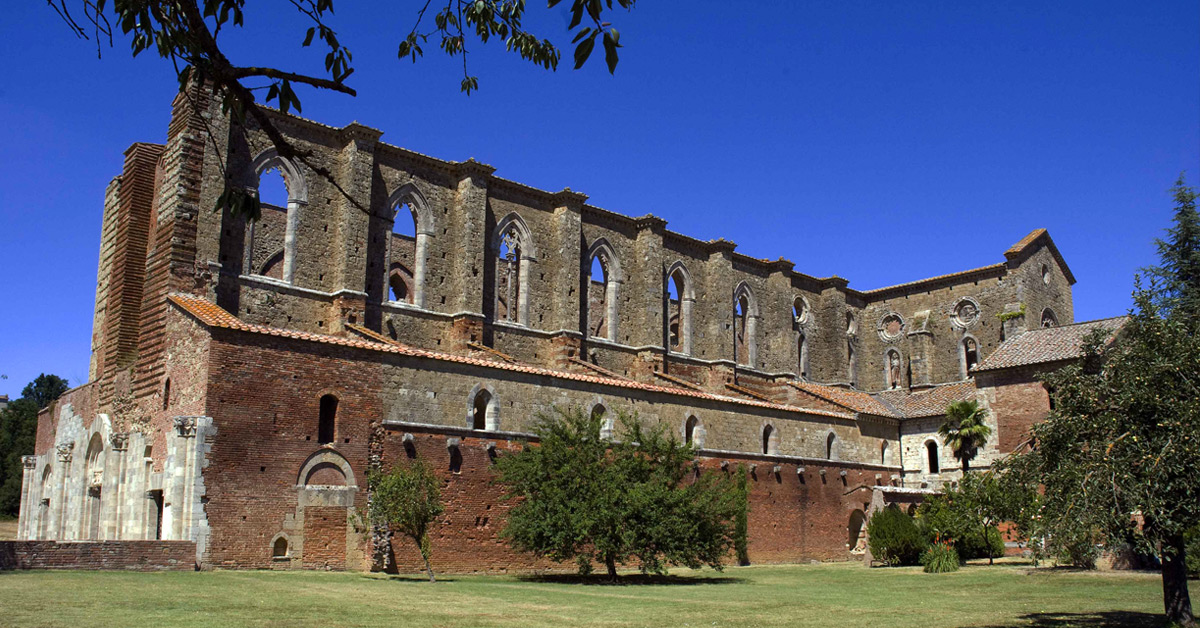 The Abbey of San Galgano is located in Chiusdino, about 30 km from Siena and 40 km from our farm and is a constant destination for visitors from all over the world;. It is a well-known Cistercian abbey (the Cistercian order is a monastic order), which was built around 1185 on the site of the death of San Galgano.

The legend of San Galgano and the Sword in the Rock

Galgàno Guidotti is a knight who lived in Tuscany in the twelfth century; it is said that he was born in a period of great violence and abuse and, despite being destined to become a warrior, he chose the life of a hermit.

There is not much information about his life, but it is certain that as a young violent and dissolute turned into a knight of God and the place of his hermitage was the Rotonda di Montesiepi; the central moment of his conversion was in Christmas 1180 when, arrived on the hill, put his sword in the ground in order to make a cross.

“The sword in the stone” is still there, today protected by a display case of pexiglas, but subject to the most singular legends (as well as a correlation with the Round Table of King Arthur). 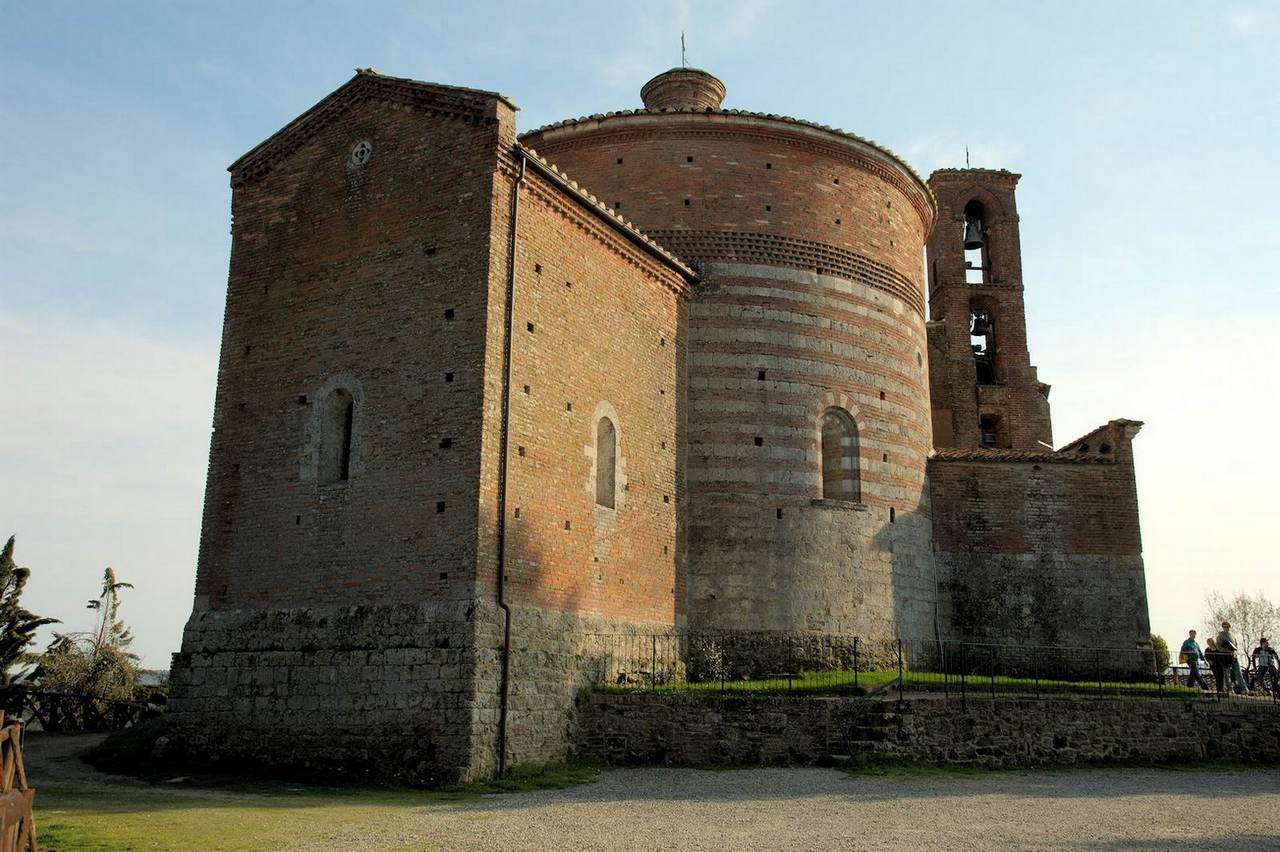 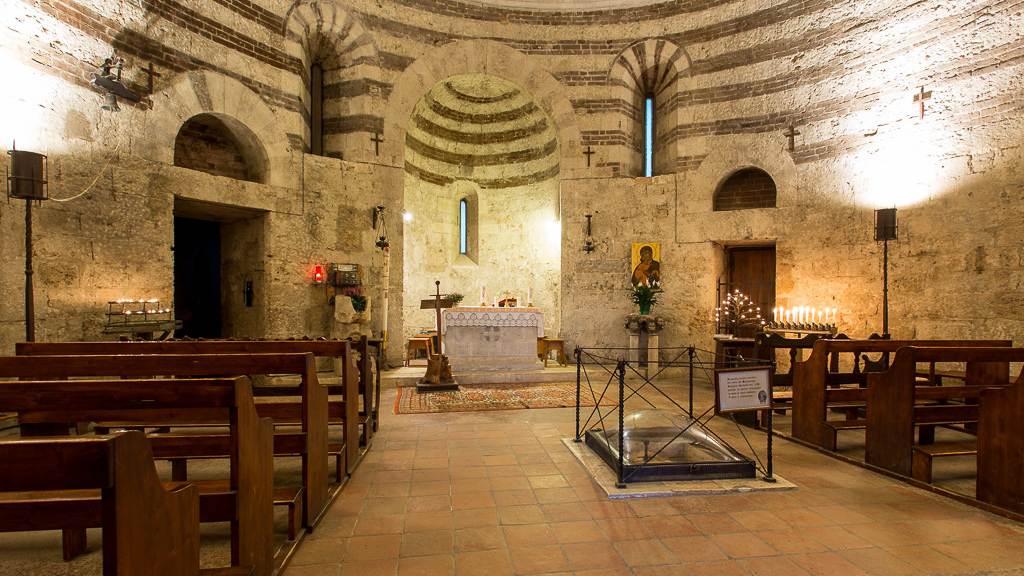 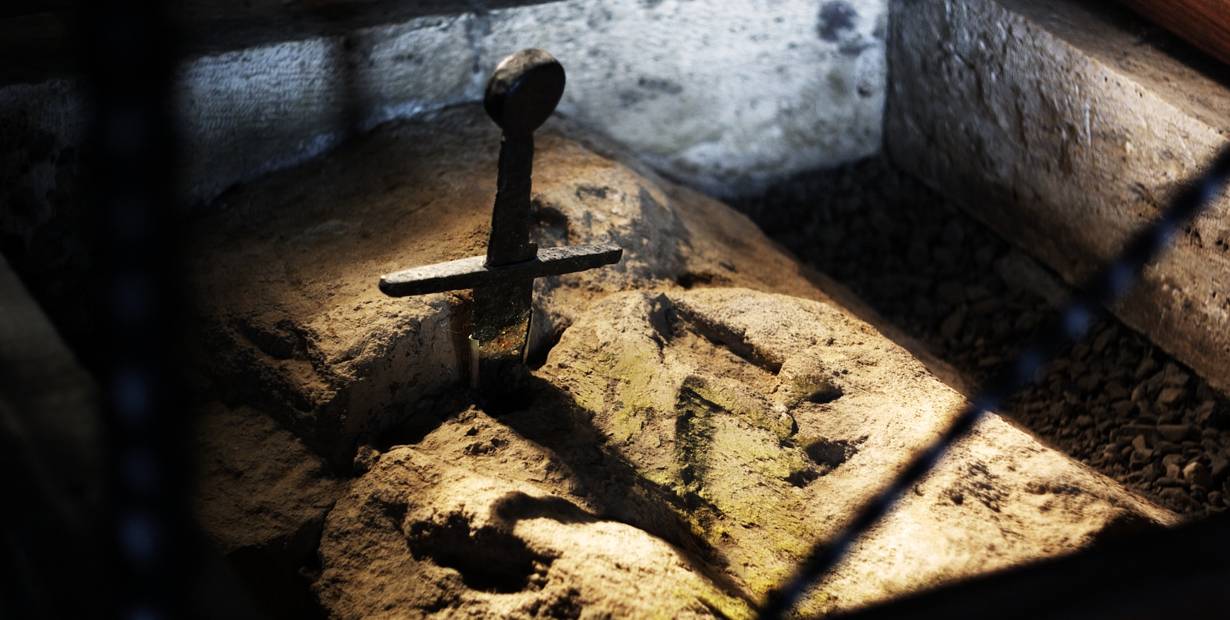 The Abbey, a magical place at any time of the year

It is a building that speaks of history and legends in every corner; there is no cover or floor inside it, but the earth it encloses is covered with a soft turf during spring.

The church is very large, with a Latin cross plan 69 meters long by 21 wide and has been set to various movies and music videos, such as Anthony Minghella’s The English Patient (1996) and the Pooh’s videoclip The House of the Sun.

It can be viewed both from the outside and from the entrance by paying a modest ticket and following the opening hours.

It is a wonderful plunge into the past that we often recommend to our guests and that we are sure will not disappoint you! 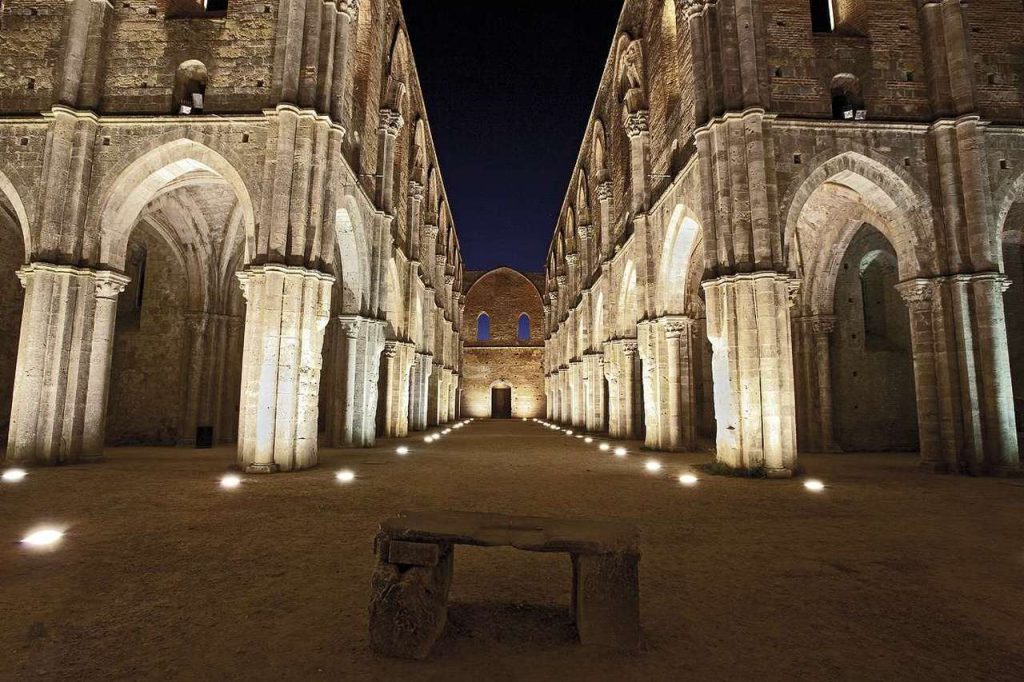 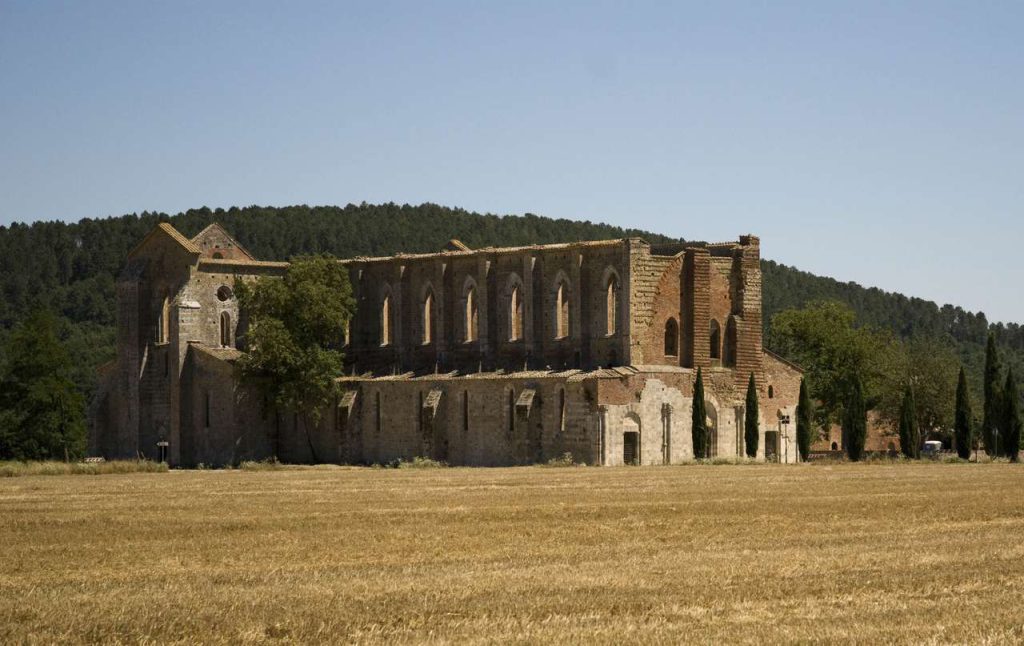 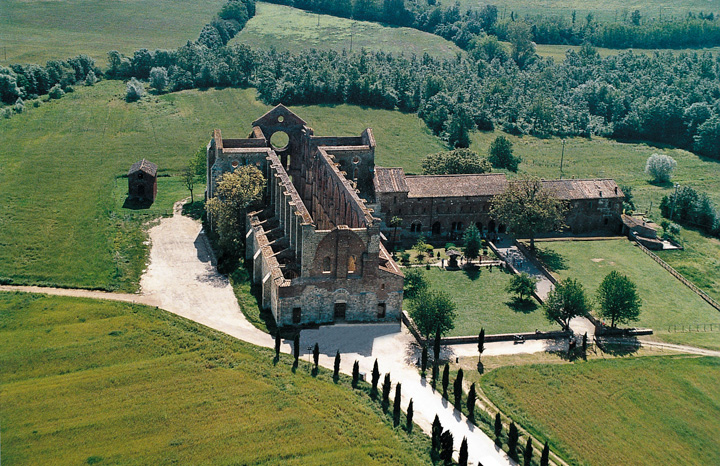